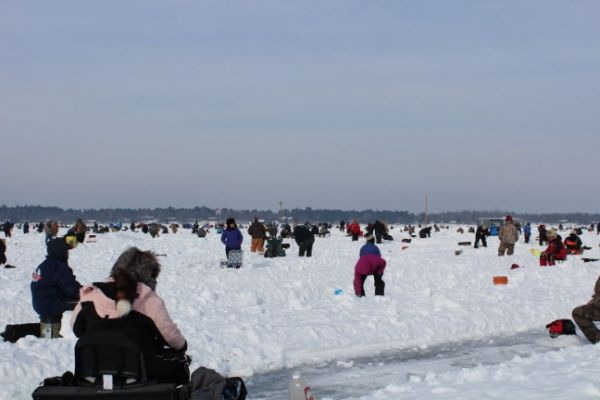 Reduced ice fishing during warmer winters has the potential to influence the economy and social network of northern communities says scientist.

Melting glaciers and rising sea levels are common examples of the effects of climate change. However, there has been far less research on how a warmer world affects people who need freshwater ice on lakes and rivers. What is known is that ice cover for freshwaters in the Northern Hemisphere has steadily declined for the last 150 years, putting people’s cultural and spiritual practices at risk — and potentially their livelihoods.

In a recent study published in Limnology and Oceanography Letters, University of Minnesota researcher Lesley Knoll and colleagues report on the cultural impacts of ice loss on inland lakes and rivers. With warmer winters, events of socioeconomic and cultural importance — such as ice fishing tournaments, cross-country skiing and ice-skating races — are increasingly being canceled.

Like many Midwestern states, Minnesota has a long history of ice fishing and is home to dozens of ice fishing tournaments each year that draw participants and tourism dollars to local communities. Examining the relationship between temperature and ice fishing tournaments, researchers found a higher number of tournament cancelations in the central part of the state when average winter air temperatures reached 24.8 degrees Fahrenheit or warmer. Researchers did not see this same relationship in the northern part of the state where it tends to be cooler during the winter.