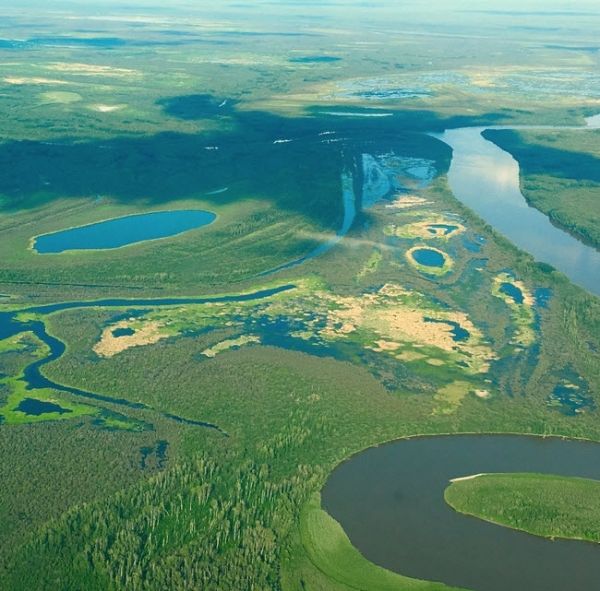 The research also shows there is no evidence to support the perception that energy projects have increased the amount of metal pollutants in the delta ecosystem.

Two recent studies, led by researchers at the University of Waterloo and Wilfrid Laurier University, found that natural changes to the river paths alongside climate impacts remain the dominant influences in the Athabasca Delta. In this area, recent lake drying and an increased perception of pollution have been widely attributed to the WAC Bennett Dam and oil sands developments, which are located upstream.

“It’s clear from our research that lakes in the Athabasca Delta have been largely influenced by shifting river paths within the delta,” said Mitchell Kay, a PhD candidate at Waterloo and lead author of the studies. “Our findings also identify that concentrations of metals supplied by the Athabasca River have remained unchanged during the past 150 years.”

Image via University of Waterloo