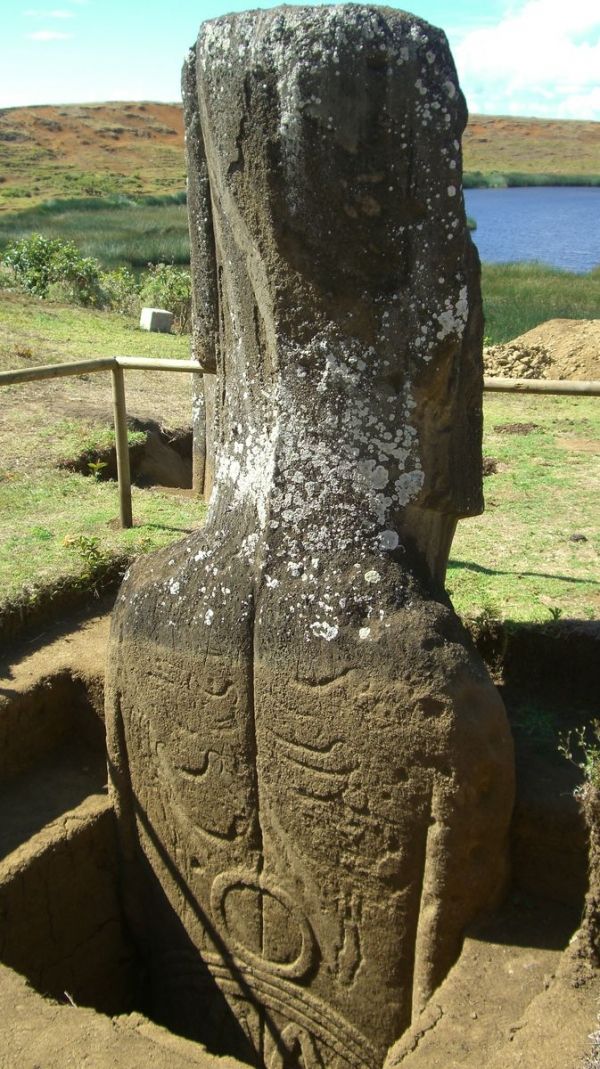 Rapa Nui (or Easter Island, as it is commonly known) is home to the enigmatic Moai, stone monoliths that have stood watch over the island landscape for hundreds of years.

Rapa Nui (or Easter Island, as it is commonly known) is home to the enigmatic Moai, stone monoliths that have stood watch over the island landscape for hundreds of years. Their existence is a marvel of human ingenuity — and their meaning a source of some mystery.

Ancient Rapanui carvers worked at the behest of the elite ruling class to carve nearly 1,000 Moai because they, and the community at large, believed the statues capable of producing agricultural fertility and thereby critical food supplies, according to a new study from Jo Anne Van Tilburg, director of the Easter Island Statue Project, recently published in Journal of Archaeological Science.

Van Tilburg and her team, working with geoarchaeologist and soils specialist Sarah Sherwood, believe they have found scientific evidence of that long-hypothesized meaning thanks to careful study of two particular Moai excavated over five years in the Rano Raraku quarry on the eastern side of the Polynesian island.

Van Tilburg’s most recent analysis focused on two of the monoliths that stand within the inner region of the Rano Raraku quarry, which is the origin of 95 percent of the island’s more than 1,000 Moai. Extensive laboratory testing of soil samples from the same area shows evidence of foods such as banana, taro and sweet potato.

Image: Petroglyphs (rock art) on the back of Moai 157, re-exposed during the excavation of two moai by Jo Anne Van Tilburg and her team at Rano Raraku quarry, Rapa Nui.  CREDIT: Easter Island Statue Project