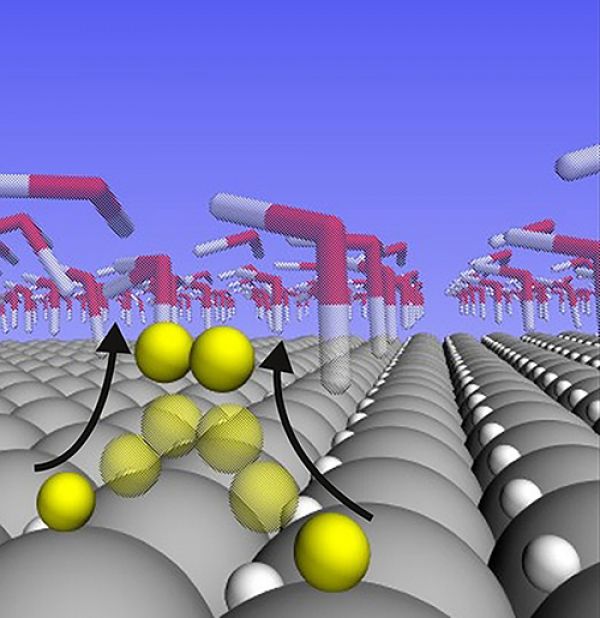 Scientists have long known that platinum is by far the best catalyst for splitting water molecules to produce hydrogen gas.

Scientists have long known that platinum is by far the best catalyst for splitting water molecules to produce hydrogen gas. A new study by Brown University researchers shows why platinum works so well — and it’s not the reason that’s been assumed.

The research, published in ACS Catalysis, helps to resolve a nearly century-old research question, the authors say. And it could aid in designing new catalysts for producing hydrogen that are cheaper and more plentiful than platinum. That could ultimately help in reducing emissions from fossil fuels.

“If we can figure out how to make hydrogen cheaply and efficiently, it opens the door to a lot of pragmatic solutions for fossil-free fuels and chemicals,” said Andrew Peterson, an associate professor in Brown’s School of Engineering and the study’s senior author. “Hydrogen can be used in fuel cells, combined with excess CO2 to make fuel or combined with nitrogen to make ammonia fertilizer. There’s a lot we can do with hydrogen, but to make water splitting a scalable hydrogen source, we need a cheaper catalyst.”

Image: A new study shows that hydrogen atoms are loosely bound and highly mobile on the surface of a platinum catalyst during the water splitting reaction.  CREDIT: Brown University