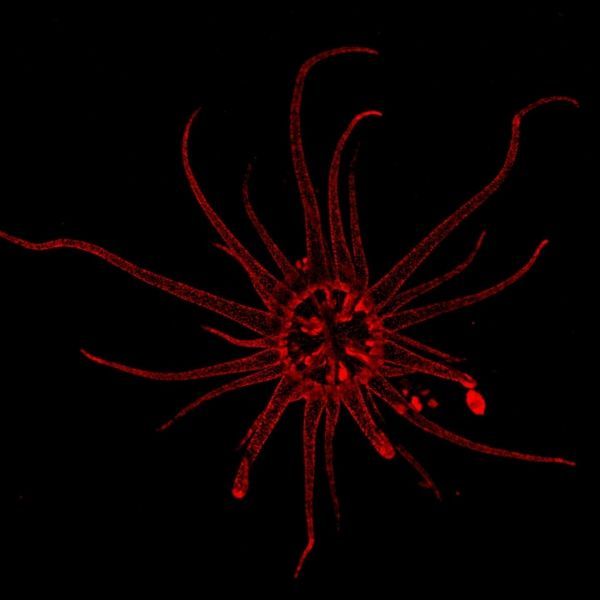 Corals depend on their symbiotic relationships with the algae that they host.

Corals depend on their symbiotic relationships with the algae that they host. But how do they keep algal population growth in check? The answer to this fundamental question could help reefs survive in a changing climate.

New work published in Nature Communications by a team including Carnegie’s Tingting Xiang, Sophie Clowez, Rick Kim, and Arthur Grossman indicates how sea anemones, which are closely related to coral, control the size of the algal populations that reside within their tissue.

Like corals, anemones host photosynthetic algae, which can convert the Sun’s energy into chemical energy. An alga shares some of the sugars that it produces with its anemone or coral hosts, which in turn provide the alga with other necessary nutrients such as carbon dioxide, phosphorus, sulfur, and nitrogen.

The molecular mechanisms underlying this relationship have remained mysterious.

Image: A fluorescence image of the sea anemone Exaiptasia pallida, which was used in this study. The red dots each represent fluorescence from a single symbiotic algae, Breviolum minutum. (Credit: Photograph is courtesy of Tingting Xiang)