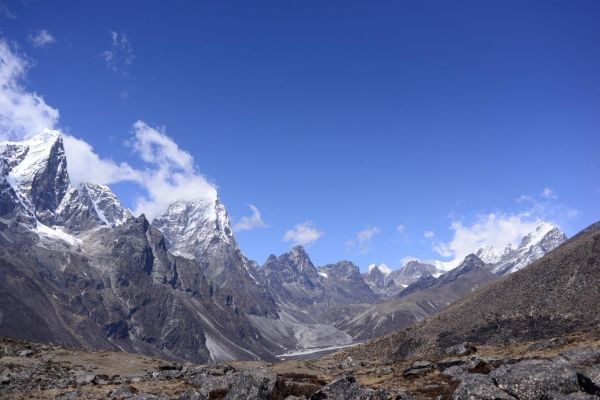 Plant life is expanding in the area around Mount Everest, and across the Himalayan region, new research shows.

Plant life is expanding in the area around Mount Everest, and across the Himalayan region, new research shows.

Scientists used satellite data to measure the extent of subnival vegetation – plants growing between the treeline and snowline – in this vast area.

Little is known about these remote, hard-to-reach ecosystems, made up of short-stature plants (predominantly grasses and shrubs) and seasonal snow, but the study reveals they cover between 5 and 15 times the area of permanent glaciers and snow.

Using data from 1993 to 2018 from NASA’s Landsat satellites, University of Exeter researchers measured small but significant increases in subnival vegetation cover across four height brackets from 4,150-6,000 metres above sea level.

Image: View towards Khumbu and Cholatse from below Ama Dablam at about 4,900 m showing typical subnival vegetation in the foreground. (Credit: Karen Anderson)