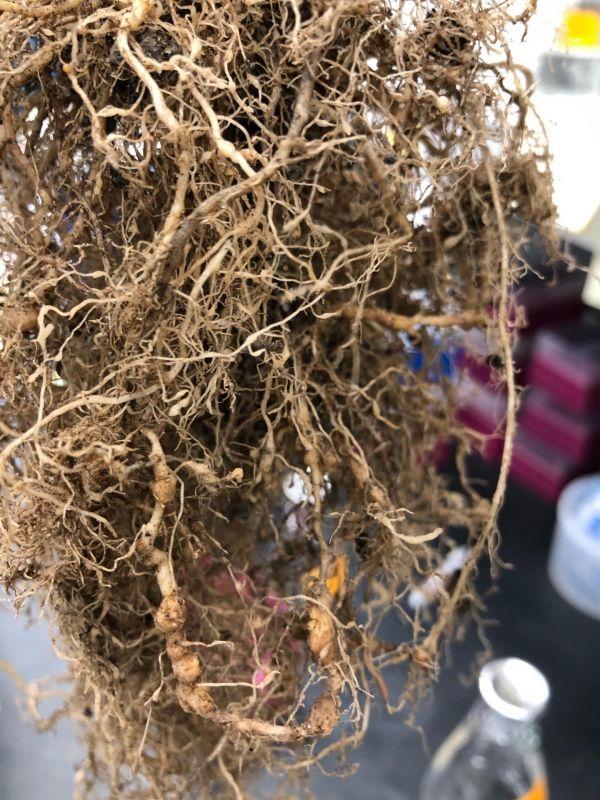 Nematodes are tiny, ubiquitous roundworms that infect plant roots, causing more than $100 billion in crop damage worldwide each year. New research has found that plants manipulate the worms’ pheromones to repel infestations, providing insights into how farmers could fight these pests.

Led by Boyce Thompson Institute faculty member Frank Schroeder, the group studied a group of chemicals called ascarosides, which the worms produce and secrete to communicate with each other. As described in a paper published in Nature Communications on January 10, the researchers have shown that plants also “talk” to nematodes by metabolizing ascarosides and secreting the metabolites back into the soil.

“It’s not only that the plant can ‘sense’ or ‘smell’ a nematode,” Schroeder said. “It’s that the plant learns a foreign language, and then broadcasts something in that language to spread propaganda that ‘this is a bad place’. Plants mess with nematodes’ communications system to drive them away.”

The study built on the team’s previous work, which showed that plants react to ascr#18 – the predominant ascaroside secreted by plant-infecting nematodes – by bolstering their own immune defenses, thereby protecting them from many types of pests and pathogens.

Image: These tomato roots have been infected with southern root-knot nematodes (Meloidogyne incognita). The microscopic roundworms form galls or "knots" where they feed, ultimately stunting the plants and reducing yield. (Credit: BTI/Murli Manohar)