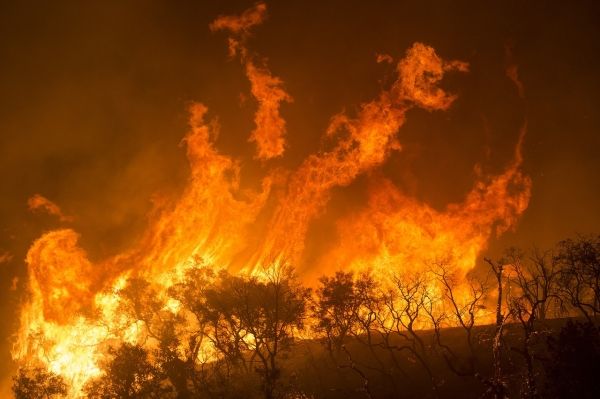 In November of last year, the wildfire that started in California, U.S.A burned areas that amount about the size of Seoul and destructed over 500 buildings for two weeks.

In November of last year, the wildfire that started in California, U.S.A burned areas that amount about the size of Seoul and destructed over 500 buildings for two weeks. In 2018, six fires started simultaneously in southern California and spread out to the neighboring areas, burning total of 405 km2 with 86 fatalities and 200,000 victims for three days. Also, large-scale wildfires often occur in the northern inland of Russia. The forest fire occurred in July 2018 burned the total area of 3,211 km2 which is 5.3 times bigger than the city of Seoul and, the wildfire, in May 2019, started to spread out and burned down even greater land. So far, extensive wildfires such as the mentioned events are believed to be mostly caused by dry wind, however, the recent study explains that global warming is the kindling that starts such fires.

Jong-Seong Kug, a professor of Division of Environmental Engineering at POSTECH and Jin-Soo Kim, a postdoctoral researcher of University of Edinburgh jointly collaborated with Su-Jong Jeong of Seoul National University, Hotaek Park of Japan Agency for Marine-Earth Science and Technology, and Gabriela Schaepman-Strub of University of Zurich and, they identified a cause of wildfires in the permafrost region of southeastern Siberia which is related to the Artic Oscillation. Their research is published on the international journal, Science Advances on the 8th of January.

Permafrost area, where ground remains frozen for two years straight, spans widely in Siberia, Alaska, and North Europe and it takes about 24% of Northern Hemisphere. It is predicted that permafrost was formed in the end of Ice Age, 11 thousand years ago and believed to have bones of ancient animals, plant roots and five hundred billion tons of carbons buried in it. For this reason, carbon release in this region is as important as the carbon release from human’s use of fossil fuels when predicting climate change.