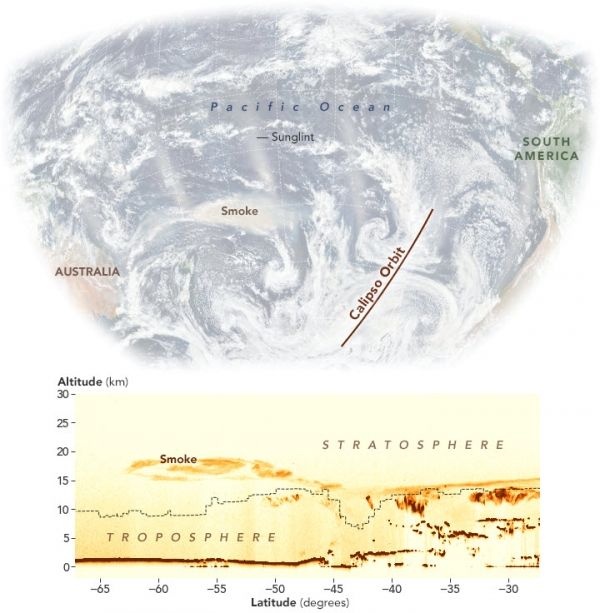 Fires are burning so fiercely that they are lofting smoke to unusual heights.

Pyrocumulonimbus. Fire clouds. Flammagenitus. Fire-breathing dragon of clouds. There are several terms for the towering clouds that occasionally rise above the smoke plumes of wildfires and volcanic eruptions. After several fire-triggered clouds sprang up in quick succession on January 4, 2020, and December 29, 2019, Australians have been getting familiar with all of those names.

Victoria and New South Wales are in the midst of one of the most severe fire seasons either state has seen in decades. After months of unusually hot, dry weather, hundreds of fires have charred an area larger than West Virginia, destroying thousands of homes and resulting in dozens of deaths.

The formation of pyrocumulus clouds requires fires to burn hot enough to create an updraft of superheated, fast-rising air. As the hot air rises and spreads out, it cools, causing water vapor to condense and form clouds. In certain conditions, powerful updrafts can create clouds that rise several kilometers and turn into full-fledged thunderstorms as they reach the top of the troposphere—turning a pyrocumulus into a pyrocumulonimbus. The storms pose serious risks for pilots and firefighters due to powerful turbulence.