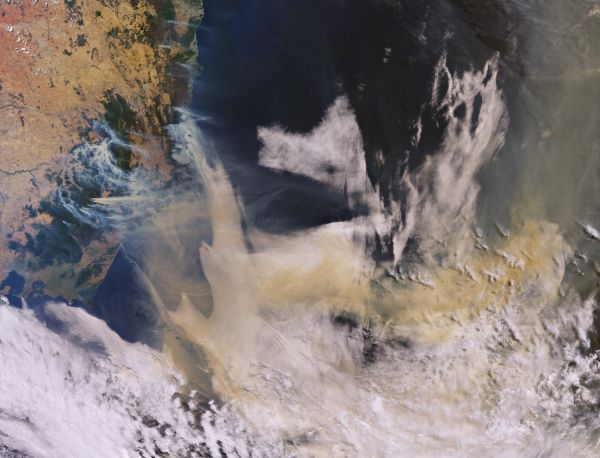 Ferocious bushfires have been sweeping across Australia since September, fuelled by record-breaking temperatures, drought and wind. The country has always experienced fires, but this season has been horrific. A staggering 10 million hectares of land have been burned, at least 24 people have been killed and it has been reported that almost half a billion animals have perished.

Photographs and film footage have without doubt left the world shocked, but the view from space shows the scale of what Australians are having to deal with. New South Wales has been worst hit. The Copernicus Sentinel-3 image above shows smoke pouring from numerous fires in the state on 3 January.