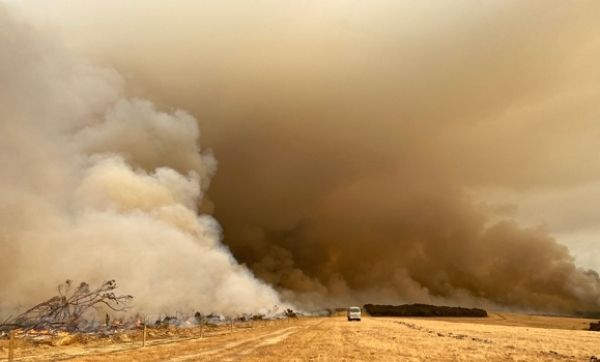 A few weeks ago, Robert Huish was on a jetliner headed for touchdown in Sydney, Australia when the pilot came over the speaker system in the cabin with a warning for passengers.

It was early December, meaning it was the start of summer there, and evidence of a particularly brutal bushfire season was already mounting.

“He said, ‘You’re probably going to see landscapes in Sydney that you’ve never seen before, so be ready for that,’” recalls Dr. Huish, who was headed to the country on academic business related to an adjunct position he holds at Western Sydney University.

Sure enough, in the following weeks, the Dal professor got to experience first-hand some of the intense effects of the mammoth fires spreading across the country’s southeast. Even in downtown Sydney and in the city’s western suburbs, where Dr. Huish spent much of his time, the impacts were visceral.

“The skies were just tainted red,” he says, noting the city’s location in the state of New South Wales — the region most heavily hit so far. “You could not escape the poor air quality and haze.”