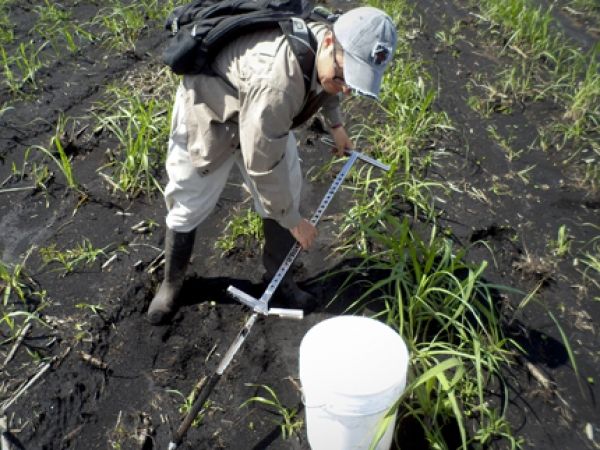 This research is important to protect the Everglades Agricultural Area, which plays a large role in Florida’s agriculture economy.

Characterized by alligators, airboats, and catfish, the Everglades is a region of swampy wetlands in southern Florida. In addition to the area’s role in Florida’s tourism industry, the Everglades play a significant part in protecting our environment – through carbon sequestration.

The farmland was created by draining the Everglades, starting over 100 years ago. There are four main canals that drain the area. Farmers also have systems of ditches to manage the water levels in their fields and to provide irrigation to crops.

Since the 1950s, scientists have been studying an environmental change in the Everglades called soil subsidence. Soil subsidence is the sinking or settling of the earth’s surface. Researchers estimate a subsidence rate of about 1 inch per year.

Image via American Society of Agronomy