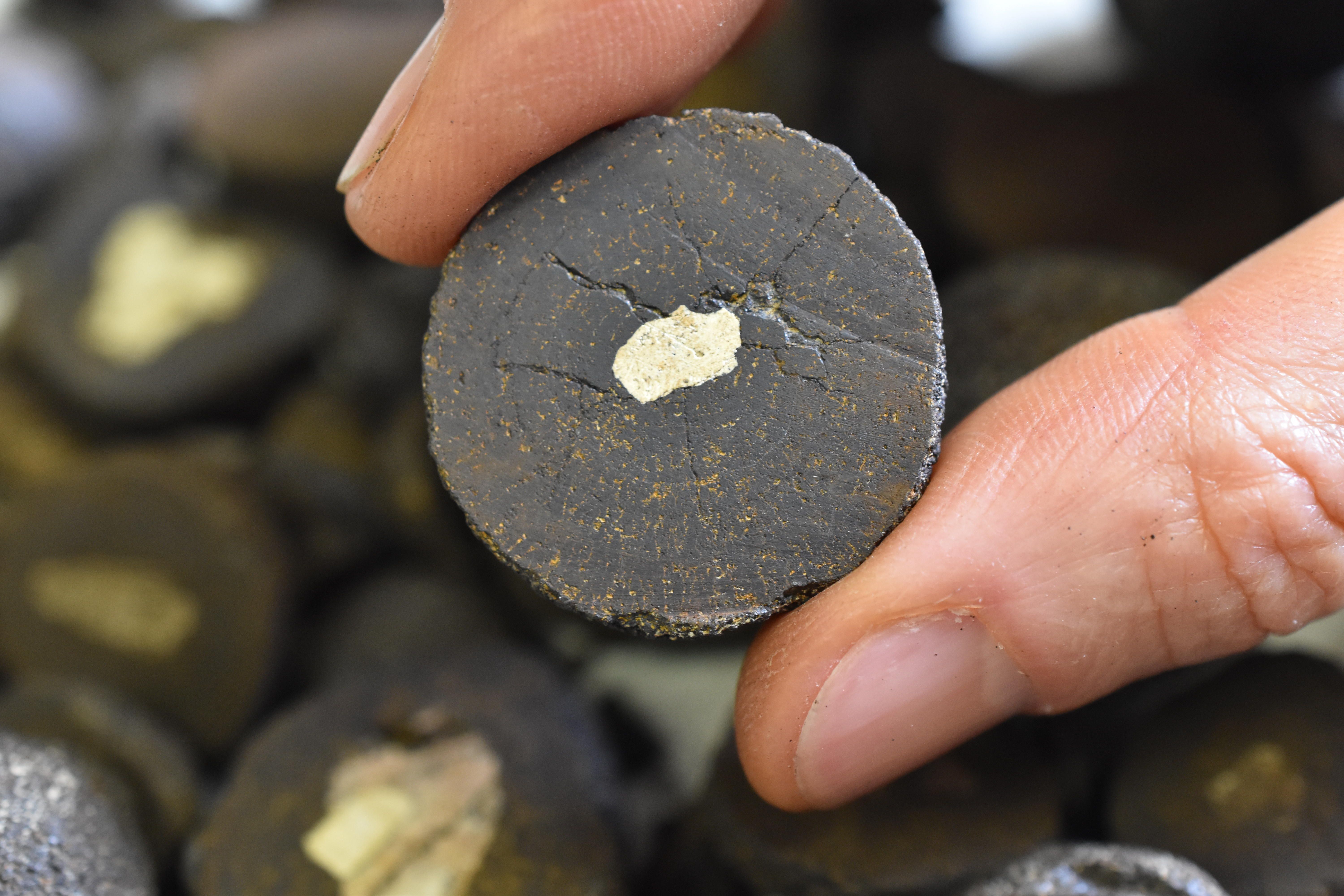 Rare metallic elements found in clumps on the deep-ocean floor mysteriously remain uncovered despite the shifting sands and sediment many leagues under the sea.

Rare metallic elements found in clumps on the deep-ocean floor mysteriously remain uncovered despite the shifting sands and sediment many leagues under the sea. Scientists now think they know why, and it could have important implications for mining these metals while preserving the strange fauna at the bottom of the ocean.

The growth of these deep-sea nodules—metallic lumps of manganese, iron, and other metals found in all the major ocean basins—is one of the slowest known geological processes. These ringed concretions, which are potential sources of rare-earth and other critical elements, grow on average just 10 to 20 millimeters every million years. Yet in one of earth science’s most enduring mysteries, they somehow manage to avoid being buried by sediment despite their locations in areas where clay accumulates at least 100 times faster than the nodules grow.

Understanding how these agglomerations of metals remain on the open sea floor could help geoscientists provide advice on accessing them for industrial use. A new study published this month in Geology will help scientists understand this process better.

Photo by Dietmar Müller, The University of Sydney.