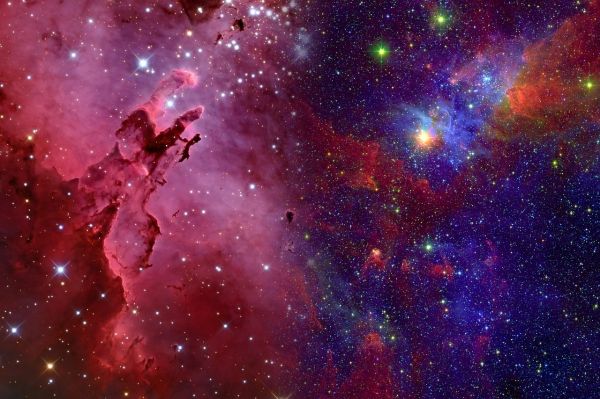 Scientists, including those from CU Boulder, have finally scaled the solar system’s equivalent of the Rocky Mountain range.

Scientists, including those from CU Boulder, have finally scaled the solar system’s equivalent of the Rocky Mountain range.

In a study published today in Nature Astronomy, researchers from the United States and Japan unveil the possible origins of our cosmic neighborhood’s “Great Divide.” This well-known schism may have separated the solar system just after the sun first formed.

The phenomenon is a bit like how the Rocky Mountains divide North America into east and west. On the one side are “terrestrial” planets like Earth and Mars. They are made up of fundamentally different types of materials than the more distant “jovians,” such as Jupiter and Saturn.

“The question is: How do you create this compositional dichotomy?” said lead author Ramon Brasser, a researcher at the Earth-Life Science Institute (ELSI) at the Tokyo Institute of Technology in Japan. “How do you ensure that material from the inner and outer solar system didn’t mix from very early on in its history?”