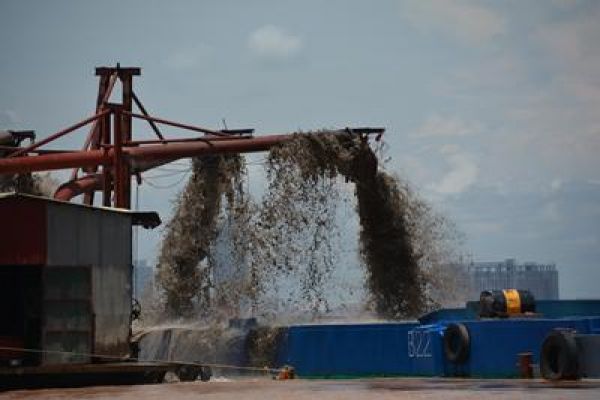 It’s a resource used in global construction and mined from rivers and coasts across the world.

It’s a resource used in global construction and mined from rivers and coasts across the world. Now new research, as part of a project led by University of Southampton, has shown sand mining is causing river beds to lower, leading to riverbank instability and increasing the likelihood of dangerous river bank collapse, damaging infrastructure and housing and putting lives at risk.

The new research has been published in the journal Nature Sustainability.

Researchers focused on the Mekong River – one of the world’s major sand-bedded rivers -  in Cambodia.

Dr Chris Hackney, a postdoctoral researcher at the University of Southampton, now based at the University of Hull’s Energy and Environment Institute, who led the research, said: “With the world currently undergoing rapid population growth and urbanisation, concrete production has grown massively, fuelling unprecedented demand for sand, so much so that sand is now the most consumed resource on the planet, after water”

The research was undertaken as part of a NERC funded project led by Professor Stephen Darby at the University of Southampton, which is studying the impact of climate change on the fluctuation of sediment through the Mekong.

Read more at University of Southampton