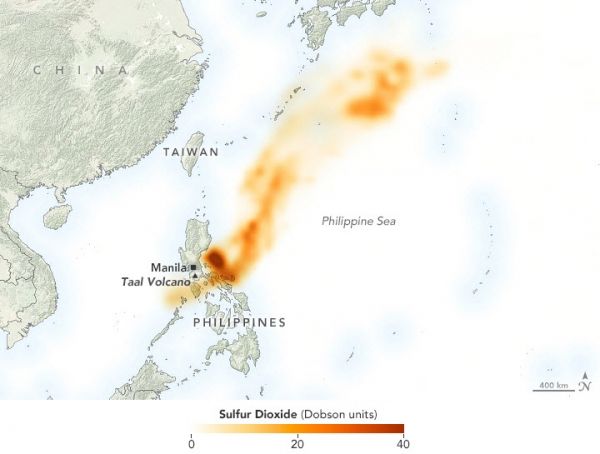 In January 2020, the volcano in the Philippines spewed lava and emitted hazardous amounts of volcanic ash fall and gases.

Texas A&M AgriLifeIn January 2020, the Taal Volcano awoke from 43 years of quiet and spewed lava and ash, filling streets and skies of the Philippine island of Luzon with fine ash fall and volcanic gases. The eruption caused tens of thousands of people to evacuate their homes and forced the closure of several key roads, businesses, and an airport.

The volcano first unleashed a steam-driven explosion (known as a phreatic eruption) on January 12. In the early morning of January 13, eruptive activity increased and the volcano emitted a fountain of lava for about an hour and a half. According to the Philippine Seismic Network, at least 144 volcanic earthquakes have been recorded since January 12, suggesting continuous magmatic activity underneath Taal and potentially more eruptive activity.

According to news reports, the eruption of Taal lofted ash fall up to 14 kilometers (9 miles) into the air. The eruption was accompanied by intense thunder and lightning above the summit. Winds carried volcanic ash fall north across Luzon.

“The plume is probably comprised mostly of water droplets,” said Simon Carn, a volcanologist at Michigan Tech. Taal has a crater lake, which provides plenty of surface water to be drawn up during the eruption. “There may be some volcanic ash but in such ‘wet’ plumes volcanic ash can be difficult to detect as the ash particles are often covered by liquid water.”