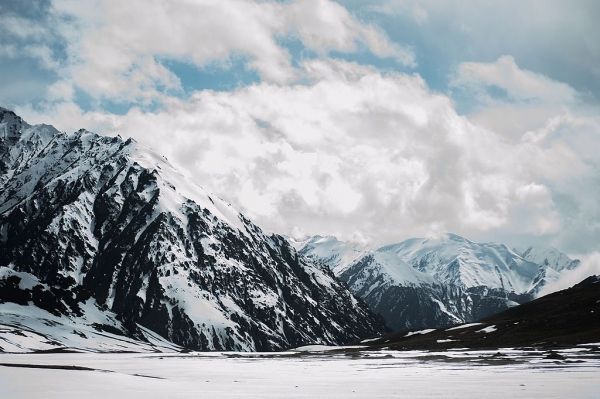 Scientists may have solved a 25-year-old puzzle about the mysterious behaviour of certain glaciers in High Mountain Asia. In most of this region, they are shrinking; but in the northwest, they are growing.

High Mountain Asia includes ranges that span the borders of Afghanistan, Bhutan, Nepal, India, China and Pakistan. The rate of glacier melting has doubled here in the last 20 years – except for glaciers in the Karakoram and Kunlun ranges where, since the 1990s, they have been stable or have even been growing.

Some scientists have attributed the oddity to a cold vortex of wind that sits over these glaciers, but Professor Walter Immerzeel, a mountain hydrologist at Utrecht University in the Netherlands, wondered if it might have to do with farming in the plains below. It was once desert, but farmers have transformed this region, known as the Tarim Basin, into green farmland by tapping into groundwater for irrigation.

As part of a project called CAT, Prof. Immerzeel’s team built a model of the local climate which has demonstrated that this ground water, absorbed by crops, then evaporates from their leaves to create moisture-laden air which, as it rises, blocks some of the sun’s radiation and then falls as snow onto the glaciers.