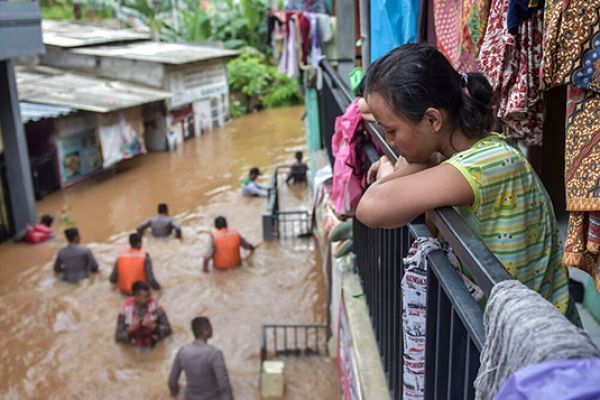 The population of Jakarta has a lot to put up with. Virtually every year, parts of the city are subjected to heavy flooding. But this year the city experienced the heaviest monsoon rains for many years – and they arrived on New Year’s Day. More than 60 people died in the floods and in landslides precipitated by the torrential downpours, while some 400,000 inhabitants of the city and its metropolitan area were forced to take refuge in emergency shelters. Moreover, meteorologists hold out little hope that the situation will improve any time soon. The rains continue and may actually get worse as the season advances.

Climate change has dramatically increased the risks of natural disasters in many regions of the world. The risk of extreme events has increased significantly: Cyclones, floods, but also droughts or heat waves – the statistics show a clear increase in their frequency and destructive power. Modelling also suggests that this trend will continue and in some cases even accelerate with climate change.

Matthias Garschagen analyses what makes storms, floods and heat waves particularly devastating. However, he does not only look for the physical causes of the destructive power, but above all for the political, economic, social and cultural reasons that make an urban society or even individual population groups vulnerable. Vulnerability – this is the term that has become established to grasp the susceptibility of societies to the natural hazards mentioned. Above all, however, the geographer also examines the possibilities cities have for adaptation, in order to keep the effects of such extreme events as small as possible.