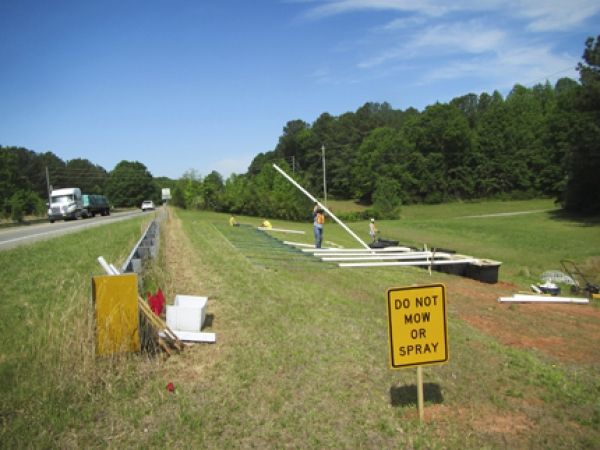 Everyone hates road construction, even the soils and bodies of water around the roads.

Paved roads can’t absorb water, so that responsibility falls to the soil next to the road. Unfortunately, those soils are often damaged during construction.

Water that runs off roads can contain harmful contaminants. If that water doesn’t infiltrate into nearby soil, those contaminants can make their way into bodies of water and be harmful. Rich McLaughlin and his research team at North Carolina State University have been working on how to help soil be healthy and happy after road construction.

Over the years, McLaughlin’s team noticed contractors were trying to grow grass on soils near roads after construction. They noticed this didn’t seem to be working well. So, they began to test the soils. Results showed the soils were very compacted and little water was getting down into the soil.

“Not only did this compaction prevent grass from growing, much of the unpaved area beside the road was shedding water as quickly as paved roads and roofs,” McLaughlin explains. “Over the past decade, we have worked to help grass become better established after construction. This also means that water can better infiltrate into these soils.”

Image via American Society of Agronomy