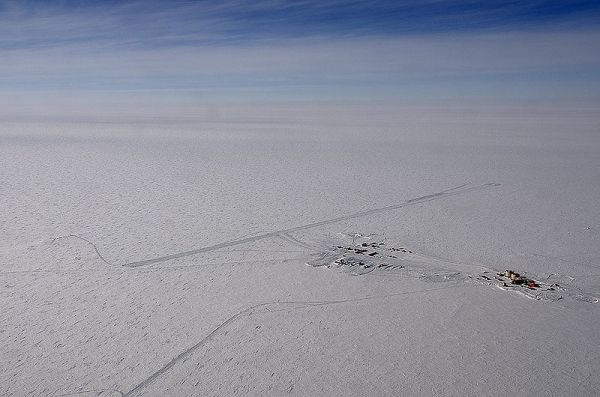 Scientists will have to drill at a depth of nearly 3km to retrieve some of the oldest ice that can tell us about the past and future of climate.

An ambitious mission to drill into the Antarctic ice sheet to extract some of the oldest ice on the planet will provide vital clues about a mysterious shift in the behaviour of our planet’s climate. Drilling into the ice of Antarctica is like going back in time. Frozen within it are relics from long past eras – dust that settled on the surface long ago and bubbles of air trapped by ancient blizzards.

For scientists hoping to understand how the Earth’s climate has changed in the past, it is a treasure trove. Packed into every metre of ice are thousands of years-worth of these precious artefacts. Now an international team of researchers are hoping to drill more than 2,700 metres below the surface in their search for ice that is up to 1.5 million years old.

Their aim is to extract ice cores that will help them to piece together what happened to our planet’s climate during a crucial and mysterious period of change that occurred around 1 million years ago. ‘Over the last few million years, the Earth’s climate has oscillated between cold glacial periods of time and shorter, warmer interglacial periods,’ said Professor Carlo Barbante, an analytical chemist at Ca'Foscari University of Venice, Italy, and coordinator of the Beyond EPICA project that is hoping to recover the ice cores.

‘We know from information contained within marine sediments that we would have one warm and one cold period every 41,000 years, but then around 1 million years ago, this cycle changed to have a periodicity of about every 100,000 years.

‘We don’t know exactly why this change occurred. Most probably it was due to changes in the carbon dioxide cycle.’