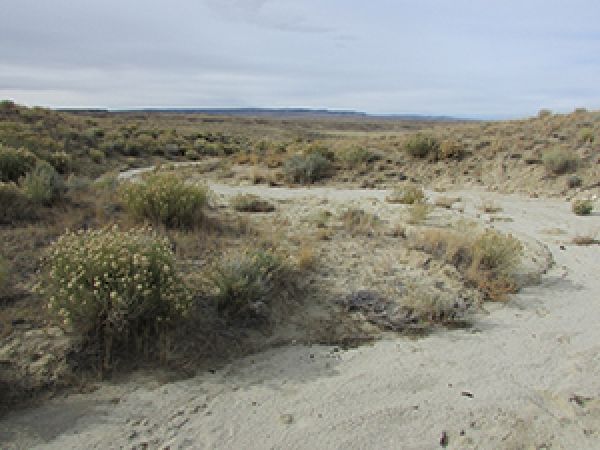 A new approach to reclaiming lands disturbed by surface mining is having the desired result of improving ecosystem diversity, including restoration of foundation species such as sagebrush, according to a study by University of Wyoming researchers.

The study by Associate Professor Kristina Hufford and graduate student Kurt Fleisher, in the Department of Ecosystem Science and Management, looked at former uranium and coal mine sites in central and southwest Wyoming reclaimed under the Wyoming Department of Environmental Quality’s (DEQ) Abandoned Mine Land (AML) program. The research was published recently in the Journal of Environmental Management.

Traditional reclamation techniques generally have created landscapes with uniform topography and linear slopes, sometimes resulting in problems with erosion, as well as less-than-desired revegetation. Geomorphic reclamation is a relatively novel approach intended to mimic the topography of nearby undisturbed lands, with a wide variety of terrain that is stable and less susceptible to erosion.

Continue reading at University of Wyoming

Image via University of Wyoming