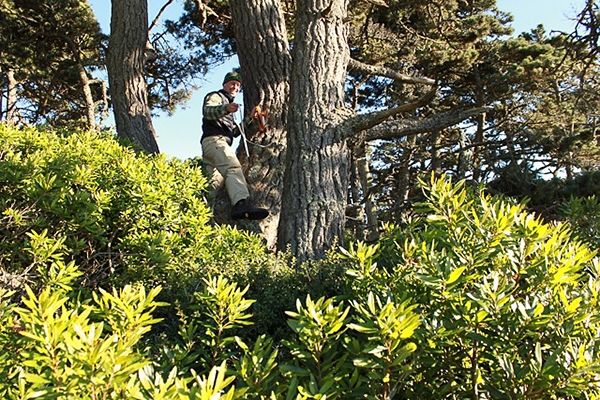 Pine forests are chock full of wild animals and plant life, but there's an invisible machine underground. Huge populations of fungi are churning away in the soil, decomposing organic matter and releasing carbon into the atmosphere.

Despite the vital role these fungi play in ecological systems, their identities have only now been revealed. A Stanford-led team of scientists has generated a genetic map of more than 10,000 species of fungi across North America. The work was published this week in the Proceedings of the National Academy of Sciences.

Fungi are much more important than most people realize, said Kabir Peay, an assistant professor of biology at Stanford and senior author on the new paper. "They are the primary decomposers in most of the planet's ecosystems," he said, "and if not for them, dead material would accumulate to the point where most other biological processes on Earth would grind to a halt."