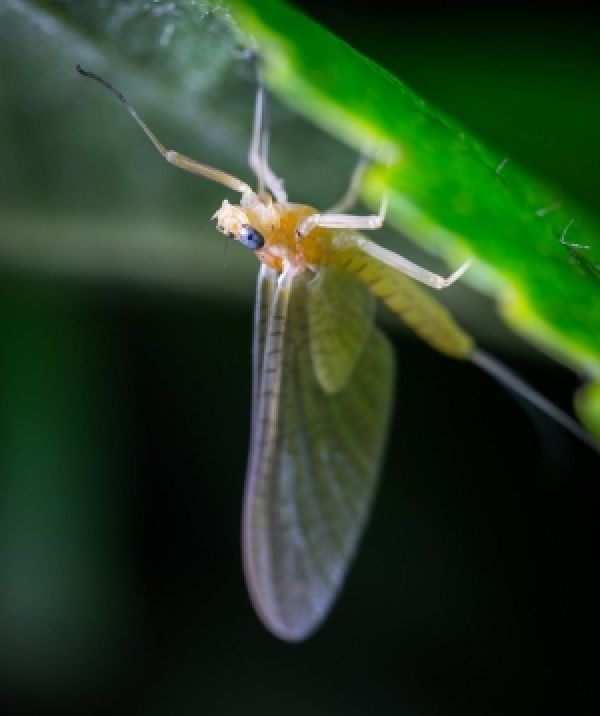 At the beginning of each summer, mayfly larvae emerge from bodies of water and shed their skin to become full-fledged mayflies, similar to how caterpillars become butterflies.

At the beginning of each summer, mayfly larvae emerge from bodies of water and shed their skin to become full-fledged mayflies, similar to how caterpillars become butterflies. Then, all at once, a swarm of these insects simultaneously takes flight to reproduce, acting as an important component in the food chain for birds.

Researchers at the University of Oklahoma, the University of Notre Dame and Virginia Tech applied radar technology – the same used for meteorology – to quantify the number of mayflies that emerged annually from two different bodies of water: the Upper Mississippi River and the Western Lake Erie Basin. Their goal was to characterize the size of these swarms using the same technique a meteorologist would use to quantify the amount of precipitation that may fall from a cloud.

Pulling radar data from the two locations over a span of eight years, the research team estimated that up to 88 billion mayflies can swarm from each location annually. Although the initial study was only intended to quantify mayfly swarms, researchers found a more than 50% decrease in population from 2012 to 2019 in these two Midwestern water bodies. The next steps are to investigate whether declines like this are widespread, and what may be causing such reductions in the mass emergence of this species of mayfly.

Read more at University of Oklahoma