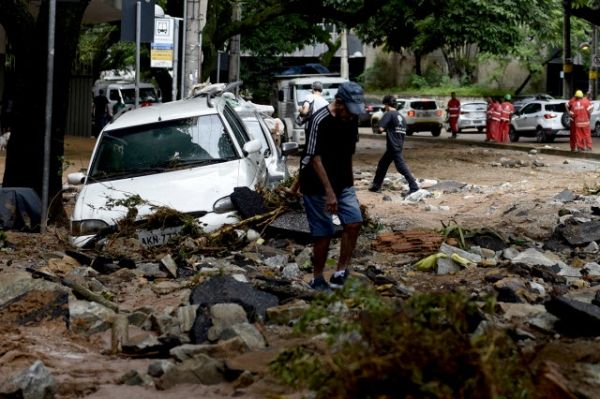 Historic rainfall in southeastern Brazil has created deadly floods and widespread destruction in a region that was experimenting with “more progressive” planning and zoning policies than most, says Northeastern political science professor Thomas Vicino, who studies metropolitan development and housing in Brazil.

Had they been fully realized, could those policies have reduced some of the destruction in Belo Horizonte wrought by the storms?

“Many people—and we see this in India as well as Brazil—live in informal settlements that are often built in precarious places, like mountainsides” Vicino says.

These communities are typically not zoned or overseen by any government agency, and they crop up as piecemeal settlements as a result of people moving from rural areas of the country closer to urban areas for work, he says.

“They are very susceptible to natural disasters,” says Vicino, who is a professor of political science, public policy, and urban affairs at Northeastern. In 2013, he led a Dialogue of Civilizations program in Belo Horizonte.

“Resilient, sustainable regional planning and approaches to development certainly help,” says Vicino, who spent a year in Belo Horizonte as a United States Fulbright Core Scholar, where he contributed to research on urban planning. “But the core issue is a political question: Does society have the political will to confront the realities of climate change?”