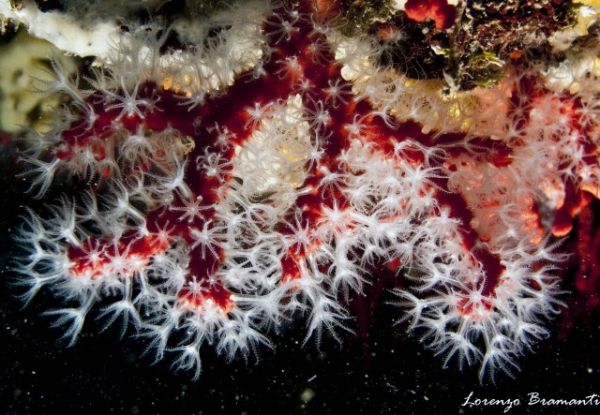 Protection measures of the Marine Protected Areas have enable red coral colonies (Corallium rubrum) to recover partially in the Mediterranean Sea, reaching health levels similar to those of the 1980s in Catalonia and of the 1960s in the Ligurian Sea (Northwestern Italy).

This is shown in a recent study carried out by researchers from the Institute of Environmental Science and Technology of the Universitat Autònoma de Barcelona (ICTA-UAB) that highlights the effectiveness of marine protections actions and recalls that the disappearance of red coral in the last decades has drastic consequences on its capacity to sequester sea carbon, and also to maintain complexity in its habitat, resulting in lower biodiversity.

Based on historical red coral data from the Northwestern Mediterranean Sea, the ICTA-UAB study documents how these colonies reached their minimum health status (the capacity of perpetuation of future generations, avoiding local extinction) in the decade of the 1990s, when the larger tree-like colonies were depleted due to their overexploitation. Although the implemented protection measures have proven to be effective, “these results have to be treated with caution, as they only reflect a part of the existing red coral population of the region”, explains lead author of the study Miguel Mallo, who states that “in the most recent decades, the vast majority of red coral studies, and thus, data available, were concentrated in few areas coinciding with Marine Protected Areas, leaving unstudied the colonies of other locations that do not benefit from protection measures, with worse health status”.

Results from this work also present the dynamics of the carbon sequestration capacity of red coral, being halved in only a few decades and thus highlighting the consequences of direct harvesting of this slow growing species. “The very slow growth and low reproductive rates of red coral, combined with its continuous harvest and intense periods of overexploitation, makes the majority of the actual red coral small in size and unable to do its function in the habitat, thereby affecting several species”, highlights Sergio Rossi.