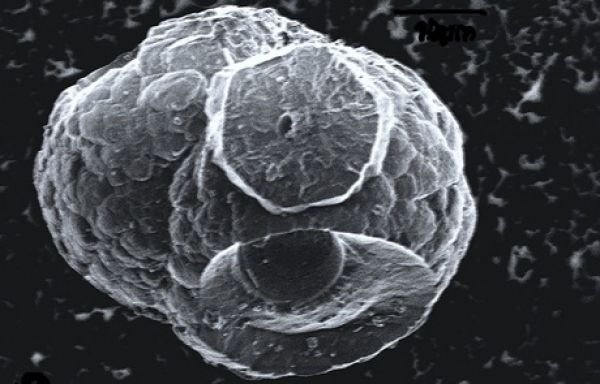 Scientists studying so-called 'flammable ice' in the Sea of Japan have made a startling discovery - the existence of life within microscopic bubbles.

The microhabitats are grown by microbes within tiny bubbles of oil and water found in sheets of frozen gas and ice, and offer a tantalising clue as to the potential for life on other planets.

The tiny bubbles are scattered within large underwater rafts of hydrate, known as ‘flammable ice’ or methane hydrate, which forms when ice traps methane within its molecular structure.

The discovery of the microhabitats is revealed in a paper published in the journal Scientific Reports, a Nature publication. It stemmed from a larger project led by Professor Ryo Matsumoto from Meiji University in Japan, which was investigating methane hydrate as an energy source that emits less waste-carbon than traditional fossil fuels.

Dr Glen T. Snyder, lead author of the study, was melting hydrate to study methane gas when he noticed an unusual powder consisting of microscopic spheroids with mysterious dark cores. He then set about collecting a group of like-minded scientists to investigate further.

Continue reading at University of Aberdeen

Image via University of Aberdeen