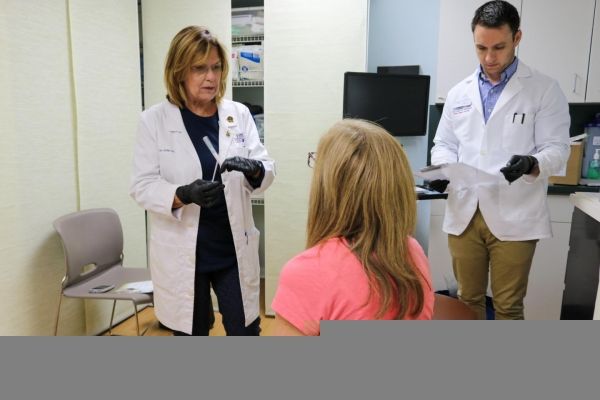 Florida has experienced numerous harmful algal blooms in recent years, including blue-green algae and their toxins in 2016 and 2018.

Researchers detected microcystin, the main class of cyanotoxins produced by blue-green algae species, in the nasal passages of 95 percent of the participants. Some of these individuals reported no direct contact with impacted water. Therefore, these findings may be due to the aerosolization of cyanobacteria and transport in the air as has previously been hypothesized.

“Aerosolized cyanotoxins represent an important potential route of exposure and should be included in risk assessments for human populations,” said Adam Schaefer, M.P.H., lead author and an epidemiologist at FAU’s Harbor Branch. “Our study represents an essential first step in assessing and mitigating the potentially harmful effects of cyanobacteria blooms. We have a lot of unanswered questions to address regarding absorption of toxins, the minimum safe distance for persons from blooms, and potential health effects of exposure.”