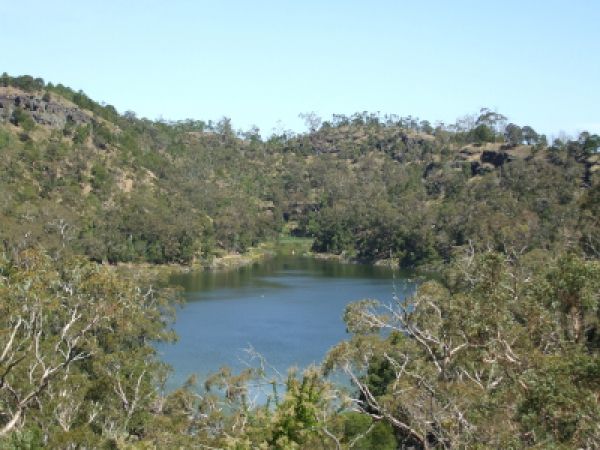 In Australia, the onset of human occupation (about 65,000 years?) and dispersion across the continent are the subjects of intense debate and are critical to understanding global human migration routes.

A lack of ceramic artifacts and permanent structures has resulted in a scarcity of dateable archaeological sites older than about 10,000 years.

Existing age constraints are derived largely from radiocarbon dating of charcoal and/or optically stimulated luminescence (OSL) dating of quartz grains in rock shelter sediments, and there is a need for independent age constraints to test more controversial ages. In southeastern Australia, only six sites (located in Tasmania, New South Wales, and South Australia) older than 30,000 years are considered definitively dated by 14C and/or OSL methods, with ages spanning 37,000–50,000 years.

The strong oral traditions of Australian Aboriginal peoples have enabled perpetuation of ecological knowledge across many generations and can likely provide additional archeological insights. Some surviving traditions allude to different geological events, such as volcanic eruptions, earthquakes, and meteorite impacts. It has been proposed that some of these traditions may have been transmitted for thousands of years.

The Newer Volcanic Province of southeastern Australia contains over 400 basaltic eruption centers, a number of which are thought to have erupted within the last 100,000 years, although precise ages remain elusive for most. Technological improvements over the last decade have firmly established applicability of the 40Ar/39Ar dating technique (which relies on the natural radioactive decay of 40K in minerals) to archeological timescales, enabling many of these younger volcanoes to be dated by this method.

Image via Geological Society of America