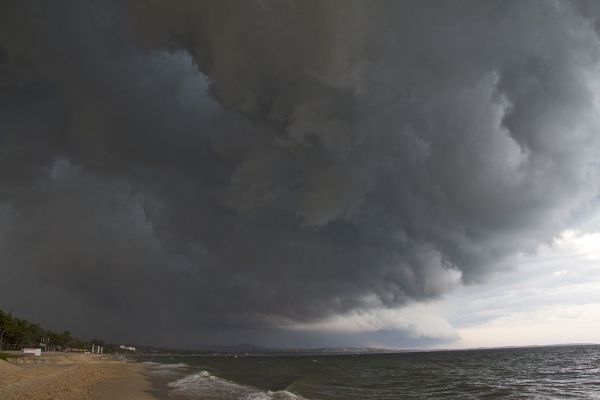 Monsoons occur throughout the tropics and sub-tropics but scientists are still uncertain about how climate change will affect them.

A fine layer of dust thought to have been left by the first winter monsoon ever to cross northeastern Tibet has been uncovered by scientists, revealing the moment when the great weather phenomenon that waters much of Asia’s summers and dries its winters may have begun.

The dust blew in some 40 million years ago, originating from the same places that the winter monsoons bring dust from today. There is none to be found before this date – but dust has been deposited ever since.

Monsoons provide water for half the world’s population and occur throughout the tropics and sub-tropics, though the most powerful is the South Asian monsoon. As the summer heat grows, cool, moisture-laden air wafts in from the ocean, warms and rises, releasing its load when it reaches the cooler temperatures above. In the winter, the opposite happens with glacial winds blazing from the Arctic and blowing dust all over Asia and surrounding oceans.

But monsoons are still poorly understood, and today’s climate models disagree about how increased carbon dioxide (CO2) in the atmosphere will alter them. By understanding how monsoons started, and how this weather phenomenon and CO2 relate to each other, researchers can improve today’s models.