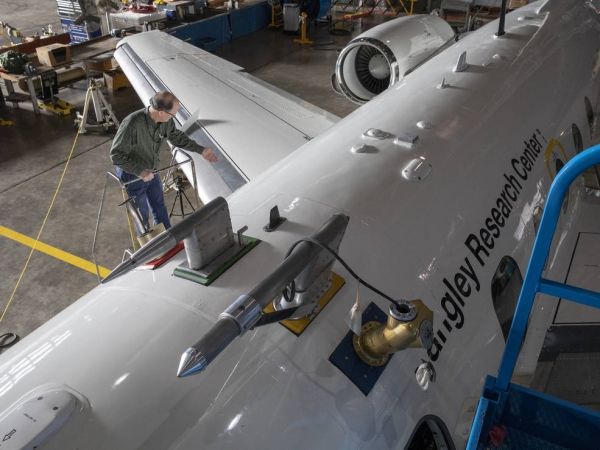 A new NASA mission will fly under and through the clouds to take direct samples from the surrounding air.

Sea salt, soot, sulfate — probably not the first words that come to mind when you think of clouds.

But as these and many other microscopic aerosol particles rise through the atmosphere, they act as nuclei on which water vapor can condense to form cloud droplets.

Because different kinds of aerosol particles affect the formation and evolution of clouds in ways that aren't entirely well understood, and because more data on that process will help researchers refine climate and weather models, it's a phenomenon ripe for an intensive field study.

A new NASA airborne science mission will pick up that gauntlet by taking researchers on coordinated flights above, through and below the clouds over the western North Atlantic Ocean. The Aerosol Cloud Meteorology Interactions Over the Western Atlantic Experiment (ACTIVATE) is scheduled to begin the first of six flight campaigns this week at NASA's Langley Research Center in Hampton, Virginia.