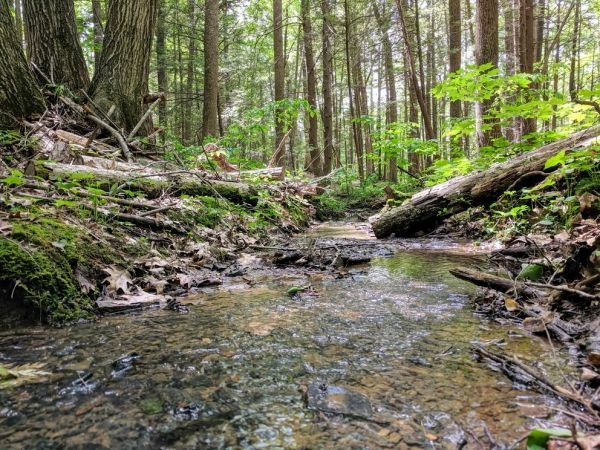 Current carbon cycle models may underestimate the amount of carbon dioxide released from the soil during rainy seasons in temperate forests like those found in the northeast United States, according to Penn State researchers.

Tree roots and microbes use oxygen to convert organic carbon in the soil to carbon dioxide (CO2) for energy through a process called aerobic respiration. This release of CO2 from soils to the atmosphere represents the largest flux of carbon from terrestrial ecosystems, making it a key component of the global carbon budget. Aerobic respiration is the dominant process contributing to this flux, but the researchers found that under wet conditions, anaerobic respiration – or respiration without oxygen — also significantly contributes to the flux.

“In current models, amounts of carbon dioxide and oxygen are controlled by the consumption of oxygen and the production of carbon dioxide through aerobic respiration,” said Caitlin Hodges, a doctoral candidate in the Department of Ecosystem Science and Management. “It’s usually a one-to-one relationship of consumption and production. But we found that, especially in summer, there was a significant signal of anaerobic respiration caused by the roots having a higher demand for oxygen and outcompeting the microbes. The microbes then have to switch over to using anaerobic respiration.”

“If ARQ equals one, that means that aerobic respiration is the controlling process,” said Hodges. “If there is a significant deviation from one, then that tells us something else is controlling the soil gas concentrations.”