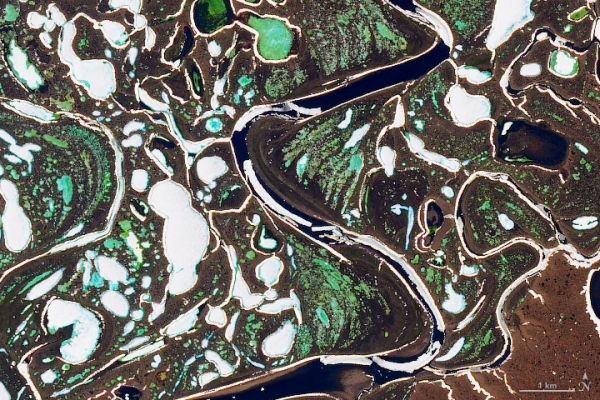 The window of time available to make and use ice roads is closing.

Ice roads are well known for being one of the most dangerous throughways a trucker might encounter, and a recent study in Nature indicates that the window of time when they can be built and used safely is shrinking.

Many remote communities, mines, oilfields, and research outposts in the coldest parts of the world rely on ice roads over rivers in the winter. They are an economical alternative to other forms of transportation in seasons when boats cannot operate and in areas where bogs or other obstacles make year-round roads and runways impractical.

In an assessment of the world’s river ice, researchers from the University of North Carolina at Chapel Hill (UNC) and Texas A&M University analyzed more than 400,000 Landsat images collected between 1984 and 2018, using Google Earth Engine to track when each river had ice. They found that the maximum extent of river ice occurred in March. In that month, 56 percent of the river length observed by satellites was ice-covered on average. In April, maximum ice extent dropped to 47 percent. In May, it dropped to 22 percent.