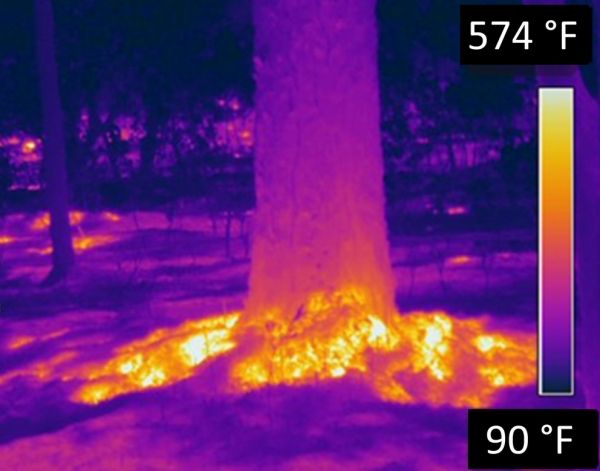 Without forest fires or controlled burns, woody residues build up in a thick, highly combustible layer on the forest floor.

Many decades of forest fire prevention and suppression has resulted in a thick buildup of organic matter on the forest floor in many regions of the United States, according to a Penn State researcher, whose new study suggests that the peculiar way that these layers burn should be considered in plans for controlled burns.

In both the eastern and western U.S., one of the consequences of avoiding fires for so long in fire-adapted pine forests is the build-up of forest floor “duff” — a deep, dense layer of partially decomposed pine needles — that would otherwise not accumulate under a frequent fire regime, explained Jesse Kreye, assistant research professor of fire and natural resources management in the College of Agricultural Sciences.

That accumulation of organic debris can complicate efforts to use prescribed fire as a forest management tool, he explained, and this buildup of duff, particularly pronounced at the base of pines, is problematic if there is a wildfire.

“When these forests do burn under dry conditions, the long-duration smoldering that occurs in this dense duff — long after the ‘flames’ have gone out — results in significant heat transfer to the tree as well as the soil,” Kreye said. “That can result in mortality of large, older pines and potential ecological consequences belowground.”