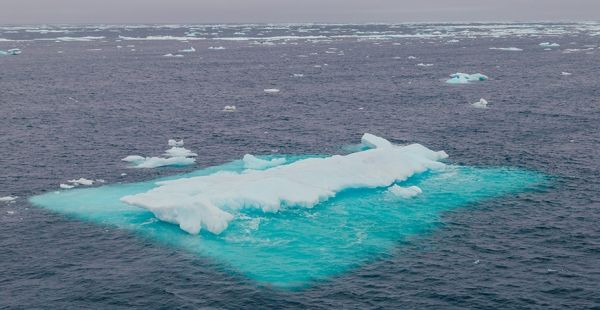 An explanation is proposed for extra heat coming through the oceans.

The Arctic has experienced the warming effects of global climate change faster than any other region on the planet. Current and former scientists at Scripps Institution of Oceanography at the University of California San Diego have developed a new theory aided by computer simulations and observations that helps explain why this occurs.

A team led by Scripps Oceanography graduate student Emma Beer observed the changes taking place within the Arctic Ocean, which is largely covered by sea ice for most of the year. There, an unusual situation exists where the water is warm at depth and cold near the surface. The deeper waters are fed by the relatively warm Pacific and Atlantic Oceans, whereas the near-surface waters are in contact with the sea ice and remain close to the freezing point. Heat flows upward from the warmer water to the colder water.

The scientists found that the deeper water is getting still warmer as a consequence of climate change, but the near-surface water below the sea ice remains close to the freezing point. The increasing difference in temperature leads to a greater upward flow of heat. Beer, Scripps climate scientist Ian Eisenman, and former Scripps postdoctoral researcher Till Wagner estimate that this phenomenon is responsible for about 20 percent of the amplification of global warming that occurs in the Arctic.

“Global climate model projections of the amplification of Arctic warming vary widely across current models,” said Beer. “What we do here is try to understand one process contributing to this phenomenon as a step to help better constrain future projections.”

Image via Scripps Institution of Oceanography