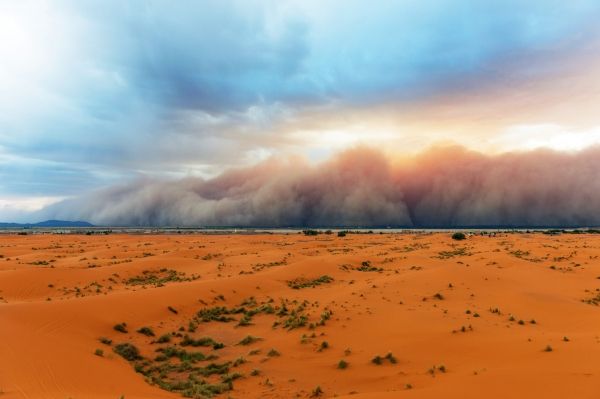 Every summer, large-scale Saharan dust plumes from Africa travel more than 6,000 miles on trade winds across the Atlantic Ocean, impacting places in the eastern Caribbean and sometimes passing over the southern United States.

The journey to Houston takes about 10 days. And once it settles over the city, breathing the contaminated air could lead to a multitude of health issues ranging from irritated eyes to cancer, depending on what’s in the dust-laden air — even after it has traveled thousands of miles across the ocean after mixing with Houston area-aerosols.

“To assess potential health impacts of the dust, there is a clear need for a fuller understanding of its chemical and physical properties,” said Shankar Chellam, the J. Walter “Deak” Porter ’22 and James W. “Bud” Porter ’51 professor in the Zachry Department of Civil and Environmental Engineering at Texas A&M University.

He and a team of researchers set out to confirm that the dust affects Houstonians’ air quality. When pollution is detected in urban areas, it’s easy to blame industrial companies, but Chellam said there are other unexpected, natural factors such as dust and smoke from fires that can also affect air quality.