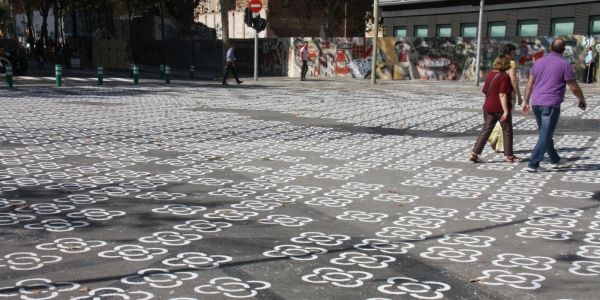 Transformative actions implemented by cities to address and mitigate the impacts of climate change may be hindered by political struggles for municipal power.

This is clear from a study developed by researchers from the Institute of Environmental Science and Technology of the Universitat Autònoma de Barcelona (ICTA-UAB) and the Pompeu Fabra University (UPF), published in the journal Cities, which analyses the complexity of the processes of implementation of urban measures against climate change, with the example of Barcelona's "Superblocks" as a case study.

Cities are high producers of greenhouse gas emissions and urban residents are under high risk of negative climate impacts. However, there are strong untapped opportunities for climate change mitigation and adaptation. These projects promote shifts in the urbanization of cities, which are meant to challenge current unsustainable forms of development. In this regard, the study, led by Christos Zografos researcher from the Department of Political and Social Sciences at Pompeu Fabra University, and co-signed by ICTA-UAB researchers Kai Klause, Isabelle Anguelovski, and James O'Connolly, analyses the process of implementing the “Superblocks” in the Poblenou neighbourhood of Barcelona.

Recent studies determine that Barcelona is particularly vulnerable to climate change-related threats, specifically sea level rise and floods, increasing temperature including urban heat waves, the loss of biodiversity and more frequent and intense drought periods. Within the framework of the Climate Plan (2018-2030), Barcelona launched the “Superblocks” program, which aims to drastically reorganize urban mobility and land use. A superblock is a group of city blocks delimited in a perimeter that can only be accessed by vehicles that have their origin or destination there. Traffic runs outside while the interior is reserved for pedestrians and cyclists.

Image via Autonomous University of Barcelona