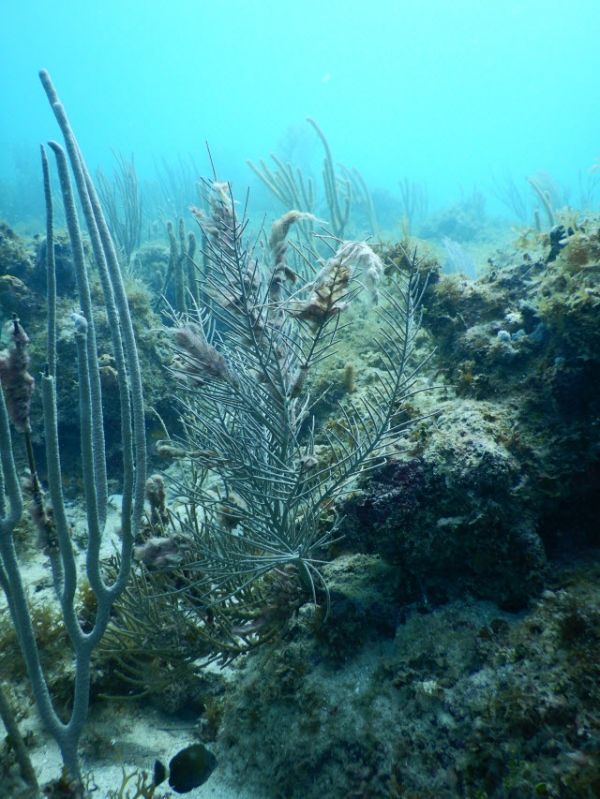 But other parts of these Caribbean ecosystems continue to decline, and one species cannot simply replace the other, says UB researcher.

Soft corals at three sites in the U.S. Virgin Islands were able to recover from the destructive effects of nearly back-to-back Category 5 storms in 2017, but the story of these apparently hardy communities of colorful marine life is part of a larger, rapidly shifting narrative surrounding the future of coral reefs, according to a new study led by a University at Buffalo marine ecologist.

The recently realized resilience of the soft corals is an important development toward our increasing understanding of these complex ecosystems, but the findings published in the journal Scientific Reports puts that seemingly good news in the context of an ecosystem that is dramatically changing.

“But right now in the Caribbean we’re seeing a drastic decline of stony corals, and the soft corals are not a simple replacement for what’s being lost.”

Continue reading at University of Buffalo

Image via University of Buffalo