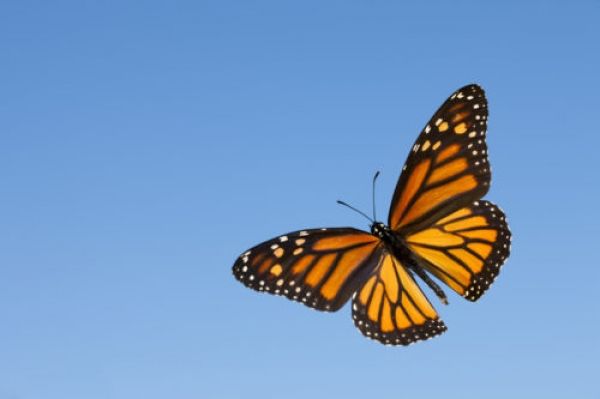 Monarch butterflies are already being spotted in numerous Texas locations as they travel from overwintering grounds in Mexico, but numbers appear to be down significantly — from 300 million last year to about 141.5 million this year — said a Texas A&M University professor.

Craig Wilson, director of the USDA Future Scientists Program, senior research associate in the Center for Mathematics and Science Education and a longtime butterfly enthusiast, said the Monarchs are in Texas at least three weeks earlier than the traditional Spring Equinox departure date due to warmer-than-normal temperatures in Mexico.

“On Wednesday, March 11 I spotted the first arrival from the state of Michoacan, Mexico,” Wilson said. “It was a female with very faded wings, so she likely migrated through this area last October heading to Mexico. She appeared desperate to lay eggs on milkweed but only a few tiny leaves are emerging.”