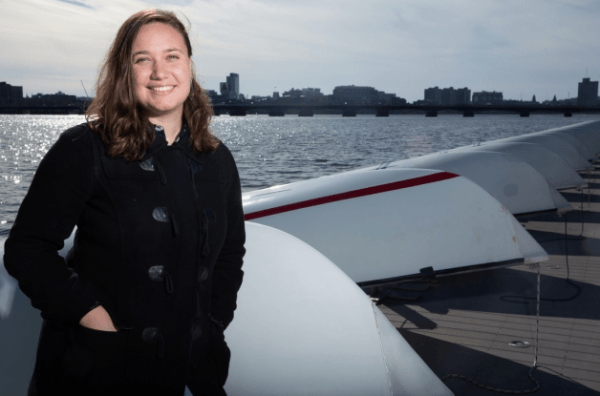 When deciding on a major, one thing was clear for Michelle Kornberg — she didn’t want to be stuck inside for four years.

When deciding on a major, one thing was clear for Michelle Kornberg — she didn’t want to be stuck inside for four years. “I like the environment of working on something in the lab, but I grew up in a very outdoorsy family,” she says. “I definitely knew I didn’t want to be inside all the time.”

During MIT’s First-Year Pre-Orientation Program, Kornberg got a sense of which major would help her achieve this goal. One of her orientation counselors presented on their summer aboard the research vessel Nautilus Explorer. The counselor was studying Course 2-OE (Mechanical and Ocean Engineering). Later that year, Kornberg declared 2-OE.

“I think ocean engineering as a field is really interesting because it marries the holistic side of living on planet Earth with solving all the technical challenges mechanical engineers face,” explains Kornberg, now a senior.

This balance of using fundamental theories in areas like fluid dynamics, controls, and acoustics to solve problems in underwater environments has been a driving force throughout her academic career.

Photo: Throughout her undergraduate studies in Course 2-OE, senior Michelle Kornberg has had opportunities to work on technologies in Boston Harbor and the Charles River.  CREDIT: Tony Pulsone