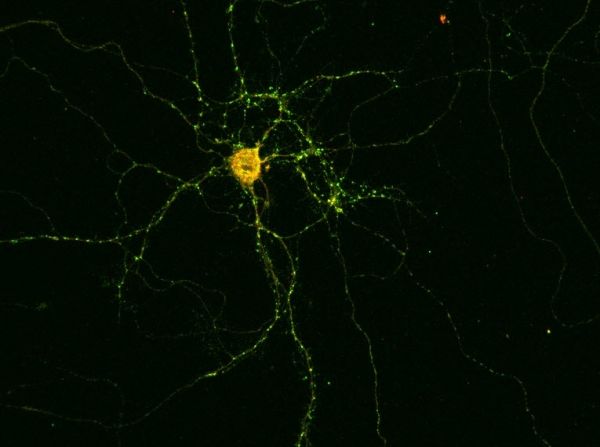 Certain forms of epilepsy are accompanied by inflammation of important brain regions.

Certain forms of epilepsy are accompanied by inflammation of important brain regions. Researchers at the University of Bonn have now identified a mechanism that explains this link. Their results may also pave the way to new therapeutic options in the medium term. They have now been published in the renowned scientific journal "Annals of Neurology".

Epilepsy can be hereditary. In other cases, patients only develop the disease later in life: as a result of a brain injury, after a stroke or triggered by a tumor. Inflammation of the meninges or the brain itself can also result in epilepsy.

Particularly dangerous are inflammatory reactions affecting the so-called hippocampus, which is a brain structure that plays an important role in memory processes and the development of emotions. Doctors call this condition limbic encephalitis. "However, in many cases it is still not clear what causes such inflammation," explains Prof. Dr. Albert Becker, who heads the Section for Translational Epilepsy Research at the University Hospital Bonn.

Researchers have now identified an autoantibody that is believed to be responsible for encephalitis in some patients. Unlike normal antibodies, it is not directed against molecules that have entered the organism from outside, but against the body's own structures - hence the prefix "auto", which can be translated as "self". The researchers discovered it in the spinal fluid of epilepsy patients suffering from acute inflammation of the hippocampus. The autoantibody is directed against the protein Drebrin. Drebrin ensures that the contact points between nerve cells function correctly. At these so-called synapses, the neurons are interconnected and pass on their information.

Read more at University Of Bonn

Image: The bright spots mark the synapses through which it communicates with other nerve cells. The anti-Drebrin autoantibodies are stained yellow. © AG Becker/Uni Bonn