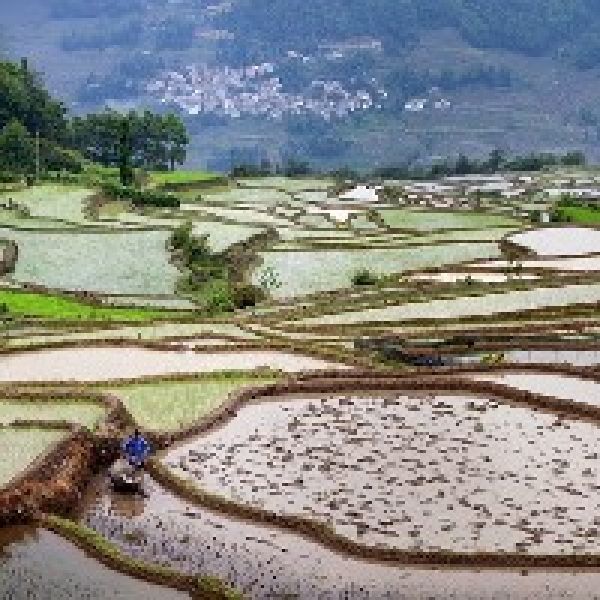 China’s fast economic growth and accompanying rise in food demand is driving an increase in water use for agriculture and industry, thus threatening the country’s water security.

The findings of a new study underscore the value and potential of technological adoptions to help design targets and incentives for water scarcity mitigation measures.

Over the last century, people’s water use has been increasing at more than twice the rate of the global population itself, with around 77% of this growth taking place in developing countries. According to the authors of the study published in the Proceedings of the National Academy of Sciences (PNAS), a lack of spatially detailed datasets however limits our understanding of historical water use trends and its key drivers, which makes future projections unreliable. As there are currently very few observation-based studies aimed at understanding the dynamics of historical water use, the authors endeavored to provide a detailed picture of how water use has been evolving amid socioeconomic, technological, and policy impacts, specifically in China. They provide evidence of the deceleration of human water use in the country and also attempted to identify the importance of water-conserving technological adoptions.

“The key question we wanted to address was how human water use responds to socioeconomic development, climate change, and policy interventions over time and space. We looked at China, not only because the country has transitioned from an underdeveloped country to the second largest economy in the world, but also because it is home to some of the Earth’s most water-stressed regions. Diverse water conservancy measures were developed since the 1980s to avoid a long term water crisis, but it is not well known how water use is influenced by economic growth, structural transitions, and policy interventions,” explains study lead author Feng Zhou, an Associate Professor at Peking University in China.