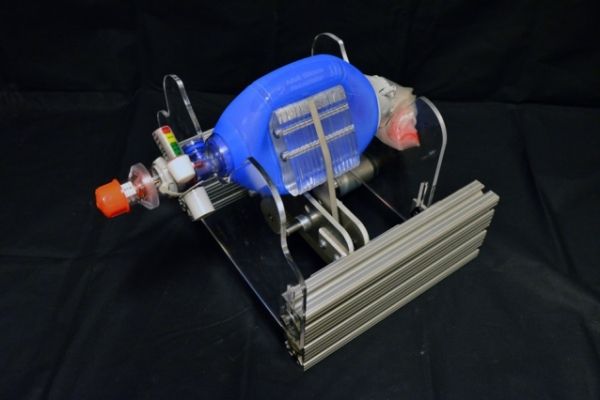 One of the most pressing shortages facing hospitals during the Covid-19 emergency is a lack of ventilators.

One of the most pressing shortages facing hospitals during the Covid-19 emergency is a lack of ventilators. These machines can keep patients breathing when they no longer can on their own, and they can cost around $30,000 each. Now, a rapidly assembled volunteer team of engineers, physicians, computer scientists, and others, centered at MIT, is working to implement a safe, inexpensive alternative for emergency use, which could be built quickly around the world.

The team, called MIT E-Vent (for emergency ventilator), was formed on March 12 in response to the rapid spread of the Covid-19 pandemic. Its members were brought together by the exhortations of doctors, friends, and a sudden flood of mail referencing a project done a decade ago in the MIT class 2.75 (Medical Device Design). Students working in consultation with local physicians designed a simple ventilator device that could be built with about $100 worth of parts. They published a paper detailing their design and testing, but the work ended at that point. Now, with a significant global need looming, a new team, linked to that course, has resumed the project at a highly accelerated pace.

The key to the simple, inexpensive ventilator alternative is a hand-operated plastic pouch called a bag-valve resuscitator, or Ambu bag, which hospitals already have on hand in large quantities. These are designed to be operated by hand, by a medical professional or emergency technician, to provide breaths to a patient in situations like cardiac arrest, until an intervention such as a ventilator becomes available. A tube is inserted into the patient’s airway, as with a hospital ventilator, but then the pumping of air into the lungs is done by squeezing and releasing the flexible pouch. This is a task for skilled personnel, trained in how to evaluate the patient and adjust the timing and pressure of the pumping accordingly.

Image: The new device fits around an Ambu bag (blue), which hospitals already have on hand in abundance. Designed to be squeezed by hand, instead they are squeezed by mechanical paddles (center) driven by a small motor. This directs air through a tube which is placed in the patient's airway.

Images: courtesy of the researchers