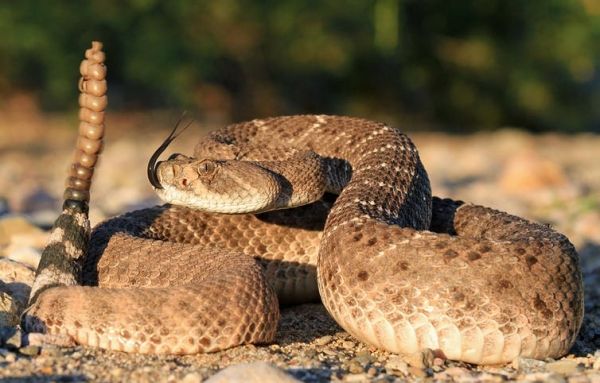 Snake venoms vary a lot between species in their make-up and effects, which is a major problem for developing treatments.

Snake venoms vary a lot between species in their make-up and effects, which is a major problem for developing treatments. Snakes use these venoms for two main purposes. The first is foraging, where venom helps the snake to overpower its prey before eating it. The second is self-defence against potential predators – this is how millions of people get bitten, and around 100,000 killed, every year.

Many studies have shown that the need to capture and eat prey often drives the evolution of different snake venoms. For instance, many species have venoms that are especially lethal to their main prey species. On the other hand, scientists know surprisingly little about the role of natural selection for self-defence in the evolution of venoms.

If you have ever been stung by a bee, you will know that the sting hurts almost immediately, and the pain rapidly reaches its peak. And if you think a bee sting is no big deal, consider the consequences of being stung by a lionfish. Here, the intensity of pain is far more severe, but its rapid onset is the same.

This makes biological sense. The function of a defensive venom is to deter and repel a predatory attack before its bearer is killed or injured, and pain is a universal deterrent. If the evolution of snake venom was driven by natural selection for defence, we would expect to see the same pattern – almost immediate pain that is severe enough to be a deterrent. But is this what happens?