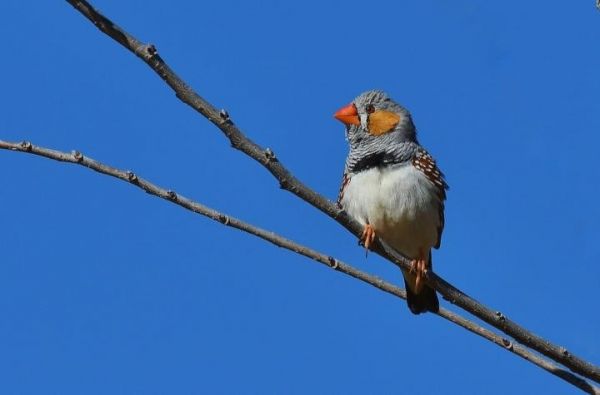 According to a new study, Zebra Finches exposed to low levels of environmental PCBs as nestlings show changes in breeding behavior as adults.

According to a new study, Zebra Finches exposed to low levels of environmental PCBs as nestlings show changes in breeding behavior as adults. The study published in the journal PLoS ONE was conducted by scientists at the Cornell Lab of Ornithology. Though polychlorinated biphenyls, or PCBs, were banned in 1979, they still contaminate the environment because of improper disposal.

"Decades of work has shown that high levels of PCB-exposure can be toxic and carcinogenic, but less is known about low levels of PCB exposure," explains lead author Sara DeLeon, who conducted the research as part of her doctoral studies at Cornell University. "PCBs are endocrine disruptors, meaning that even very low levels could be mimicking the effects of hormones, and potentially influencing behavior."

The researchers investigated the effects of two kinds of PCBs used by industry. Nestling Zebra Finches were exposed to low levels of PCBs for seven days to mimic exposure to contaminated food that parent birds in the wild would deliver to their young.

"Our results show that this level of PCB exposure during nestling development does have consequences on adult reproductive behavior," says DeLeon. "Male Zebra Finches exposed to PCBs during development sang fewer syllables as adults. Depending on the type of PCB treatment, some finches made more nesting attempts and also abandoned nests more often."