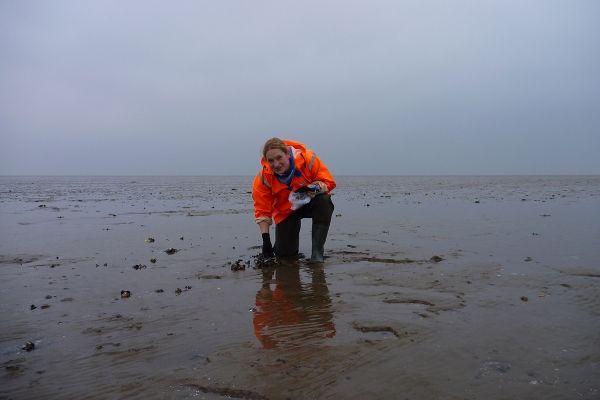 A variety of sea animals can take up virus particles while filtering seawater for oxygen and food.

A variety of sea animals can take up virus particles while filtering seawater for oxygen and food. Sponges are particularly efficient. That was written by marine ecologist Jennifer Welsh from NIOZ this week, in a publication in Scientific Reports. This Monday, Welsh will defend her thesis at the Vrije Universiteit of Amsterdam, through an online connection.

“When a virus infects a cell”, says Jennifer Welsh of the Royal Netherlands Institute for Sea Research (NIOZ), “it uses its host to make new viruses. After those are released, they can, in turn, infect many more, new cells.” However, Welsh discovered that the many virus particles in the sea – over 150 million in a glass of sea water – can also end up for, a large part, as the lunch of a diverse group of sea animals.

The Japanese oyster, for example, filters seawater to extract oxygen or food such as algae and bacteria. While doing this, it ingests virus particles. Welsh: “In our experiments, during which we did not offer the oysters any food and hence they only filtered the water for oxygen uptake, Japanese oysters removed 12 per cent of the virus particles from the water.”

That number puts the oyster in the fourth place of all species that Welsh looked at in the NIOZ Virus Ecology Lab on Texel. “Of all non-host organisms that we tested, sponges, crabs and cockles made it to the podium. In our experiments, the sponges reduced the presence of viruses by up to 94 per cent within three hours. Another experiment showed that the uptake of viruses happens indeed very quickly and effectively, even if we offered new viruses to the water every 20 minutes, the sponges remained tremendously effective in removing viruses.”

Photo: Jennifer Welsh during fieldwork in the Wadden Sea