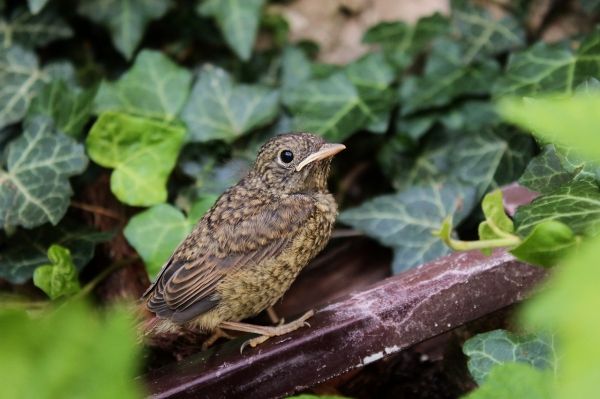 The Common Nightingale, known for its beautiful song, breeds in Europe and parts of Asia and migrates to sub-Saharan Africa every winter.

The Common Nightingale, known for its beautiful song, breeds in Europe and parts of Asia and migrates to sub-Saharan Africa every winter. A new study published in The Auk: Ornithological Advances suggests that natural selection driven by climate change is causing these iconic birds to evolve shorter wings, which might make them less likely to survive their annual migration.

Complutense University of Madrid’s Carolina Remacha and Javier Pérez-Tris and their colleagues analyzed twenty years of data on wing shape variation and survival in two populations of nightingales from central Spain. They found that nightingales’ average wing length relative to their body size has decreased over the past two decades, becoming less optimal for migration. Shorter-winged birds were less likely to return to their breeding grounds after their first round-trip to Africa. But if this change in wing length is negatively affecting survival, what is driving it?

The “migratory gene package” hypothesis predicts that a suite of adaptations related to migration — including a long wingspan as well as a higher resting metabolic rate, larger clutch size, and shorter lifespan — may all be controlled by a set of genes that are linked so that selective pressures on one trait also affect the others.In recent decades, the timing of spring has shifted in central Spain and summer droughts have become longer and more intense, leaving nightingales with a shorter window in which to raise their young. This means the most successful birds may be those that lay smaller clutches of eggs, giving them fewer young to care for. And if natural selection is favoring smaller clutches, it may simultaneously push nightingales away from all of the linked traits in the “migratory gene package.”