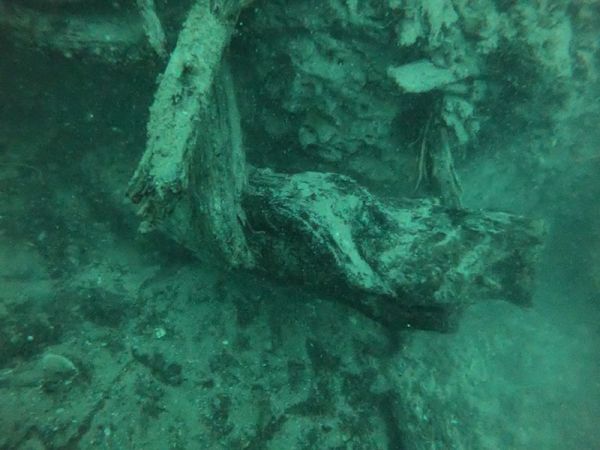 Newly exposed wood offers a unique habitat for marine organisms and creates a novel ecosystem in the Gulf of Mexico.

Nearly 60,000 years ago, a bald cypress forest flourished on the banks of a prehistoric river near the Gulf of Mexico. Over time, the massive trees grew and died, their enormous trunks falling and becoming entombed in a protective covering of peat and sediment. As sea level rose and the coastline receded, these ancient forest remains were buried beneath the sea surface off the coast of Alabama, where they remained undisturbed for millennia. Intensifying storms along the coast, however, have scoured the seafloor, beginning to expose this ancient submarine forest.

Now, a team of scientists from Northeastern University and the University of Utah, funded by the NOAA Office of Ocean Exploration and Research (OER), are working to unlock the forest’s secrets, including its potential to harbor new compounds for medicine and biotechnology.

As demand grows for discovery of novel industrial enzymes and new medicines, researchers are increasingly looking towards the ocean. Marine animals and their symbiotic microorganisms that live on and in wood have recently been shown to be a potentially rich source for biomolecules of high biopharmaceutical and biotechnological value.