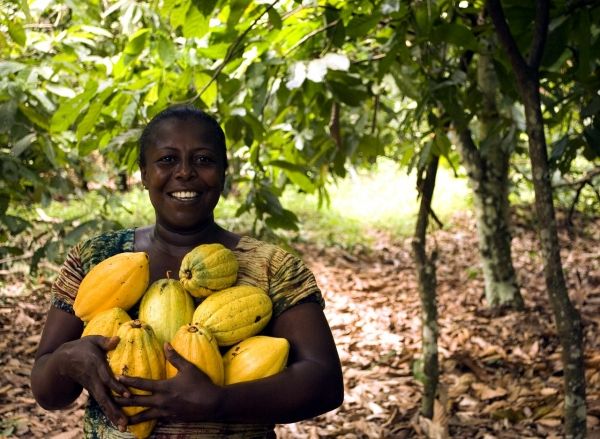 What do chocolate, migratory birds, flood control and pandas have in common?

What do chocolate, migratory birds, flood control and pandas have in common? Many countries benefit from ecosystem services provided outside their nations. This can happen through economic relationships, biological and geographical conditions, but we hardly know how and where these ecosystem service flows occur. Scientists at the Helmholtz Centre for Environmental Research (UFZ) and the German Centre for integrative Biodiversity Research (iDiv) show in a recent study, published in the journal Global Environmental Change, how interregional ecosystem service flows can be identified and quantified.

"Ecosystem services are not constrained by borders," says Prof. Aletta Bonn, who works on ecosystem services at the UFZ and iDiv. "For example, one country benefits from agricultural products originating from other continents or flood protection provided by floodplains in a neighbouring country." These close links between distant regions arising from ecosystem services are known as telecoupling. Understanding these flows can help to recognise the value of intact nature, identify global drivers of biodiversity loss or soil erosion in distant regions, and develop measures for more sustainable management. "It is important to understand the interlinkages and the environmental costs caused by domestic consumption of ecosystem services in other countries," says Aletta Bonn. "This information can then be used in political decisions, such as fair trade standards, environmentally and socially acceptable certification, and financial compensation measures." But how can ecosystem service flows be identified, quantified and ultimately balanced between countries? The researchers investigated these issues in their recent study. As part of this, they examined the extent to which Germany uses ecosystem services that are provided in other countries.

"In previous work, we had already developed a conceptual framework for quantifying interregional ecosystem service flows," says Aletta Bonn. "Here, we differentiated between four types of flows which were examined for Germany in more detail." The scientists assessed trade flows using cocoa imports as an example and their impact on biodiversity in the producing countries. "It turns out that approximately 85 percent of imported cocoa comes from only five mainly West African countries - Ivory Coast, Ghana, Nigeria, Cameroon and Togo. Significant impacts on biodiversity are considered for Cameroon and Ecuador due to cocoa trade with Germany," says Dr. Janina Kleemann, former UFZ researcher and now at Martin Luther University Halle-Wittenberg. In the "migratory species" category, the scientists investigated the importance of migratory birds for German agriculture. "Our results indicate that Africa’s tropical and subtropical climate zones provide a habitat for the majority of migratory bird species that make an important contribution to pest control in German agricultural landscapes," explains Janina Kleemann. Ecosystem services associated with flood protection are assigned to the "passive biophysical flow" category. Here, the researchers concluded that Germany benefits by almost two-thirds from flood regulation provided in other countries’ floodplains, and in return also exports around 40 percent flood regulation to downstream neighbouring countries such as the Netherlands. In the "information flows" category, the loan of a Chinese giant panda to Berlin Zoo served as a case study. The research team highlighted the political, economic, scientific and cultural aspects of this exchange for the relationship between Germany and China.