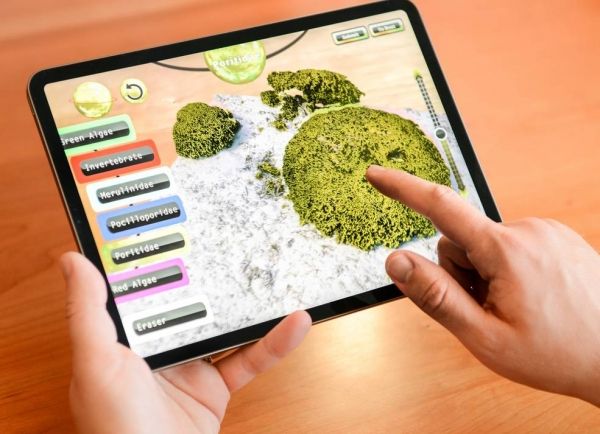 NASA invites video gamers and citizen scientists to embark on virtual ocean research expeditions to help map coral reefs around the world in an effort to better understand these threatened ecosystems.

During the past several years, researchers at NASA’s Ames Research Center in California's Silicon Valley have developed new instruments that can look below the ocean surface in more detail than ever before. Using techniques originally developed to look at stars, these "fluid-lensing" cameras use complex calculations to undo the optical distortions created by the water over coral reefs.

NASA has deployed these instruments – mounted on drones or aircraft – on expeditions to Puerto Rico, Guam, American Samoa, and elsewhere to collect 3D images of the ocean floor, including corals, algae and seagrass. However, the data alone do not tell the whole story of what's happening to the corals beneath the waves, which is why NASA needs your help.

Enter NeMO-Net, a video game in which players identify and classify corals using these 3D images while virtually traveling the ocean on their own research vessel, the Nautilus. Principal investigator Ved Chirayath at Ames developed the neural network behind the game, also called NeMO-Net, or the Neural Multi-Modal Observation and Training Network, which will use player input to build a global coral map.