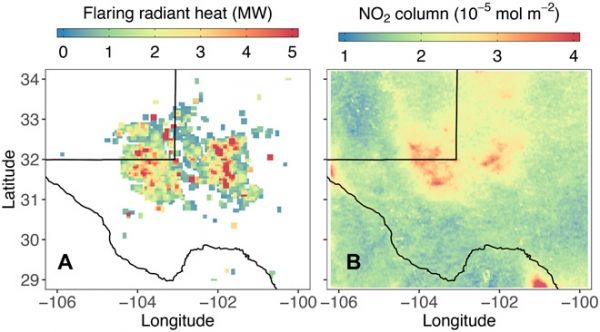 Findings published today in the journal Science Advances show that oil and gas operations in America’s sprawling Permian Basin are releasing methane at twice the average rate found in previous studies of 11 other major U.S. oil and gas regions. The new study was authored by scientists from Environmental Defense Fund, Harvard University, Georgia Tech and the SRON Netherlands Institute for Space Research.

“These are the highest emissions ever measured from a major U.S. oil and gas basin. There’s so much methane escaping from Permian oil and gas operations that it nearly triples the 20-year climate impact of burning the gas they’re producing,” said co-author Dr. Steven Hamburg, chief scientist at EDF. “These findings demonstrate the rapidly growing ability of satellite technology to track emissions like these and to provide the data needed by both companies and regulators to know where emissions reductions are needed.”